Perfectly connected to the city center, the beach and the bus station,the main train station (Sants) and the airport, Room018Bcn is 3 minutes away from two metro stops (Les Corts and Plaça del Centre) as well as many bus stops that take you to the city center in less than 10 min and to the other mon

FROM PLAÇA DEL CENTRE (metro stop)
Take the exit on your right. As you get to the street, turn around 180º and walk straight on the big street. Two blocks away you’ll see a street that crosses called Joan Güell, turn right there and after turn left on the first intersection. Walk a few meters, you’ll see a school on your left-hand side (it has some stairs and a couple of benches) when you see the benches turn left on the small street there, you’ll see us after a few meters.

Exit “les corts”.As you get to the street keep walking, cross the park and take the first street you see on your left, the street is called Lluçà. Keep walking and you’ll see on your right hand side the post office (called “Correus” yellow sign) turn right there, cross to the other side of the street, keep walking and you’ll see a school (it has a stairway and a couple of benches) when you see the benches take that little street to the left, after a few meters you’ll see us!

FROM TRAIN STATION (SANTS)
All trains will end up or pass through Sants estaciò. From there you have two options, you can walk for 10 minutes or if your luggage is heavy you can catch the metro for one stop.
If you’re taking the metro, take the green line (line 3) direction Zona Universitaria and after one stop get off at Plaça del Centre. From there please see info above “from plaça del centre”.
If you are walking: take the exit opposite to McDonalds, you’ll see a taxi stop. Turn right (you can’t go straight so this is your only option) cross the street and keep walking on Comtes de Bell-lloc street for four blocks until your find a bigger street that crosses (Av Madrid), turn left there and walk two blocks until Joan Güell, turn right and then left on the first intersection, you’ll enter an interior park and you’ll see a building in the middle, we’re there! You just need to go around it as the entrance is on the other side.


FROM THE MAIN BUS STATION (NORD)
Catch the metro. The station is right next to the bus station. Take the red line (Line 1) direction Hospital de Bellvitge and after 6 stops get off at Espanya. Change there to line 3 (the green one) direction Zona Universitaria, after three stops get off at Plaça del Centre. From there please see info above “from Plaça del Centre”
There are few buses that will take you to Sants station, if this is the case see info above “from train station” the Sants bus station is right beside the train station.

FROM THE PORT
Walk towards the Colombus monument, that’s the begining of Las Ramblas, just few meters from the port and there you’ll see a metro station called Drassanes. Catch the metro there direction Zona Universitaria and after after 6 stops get off at Plaça del Centre. From there please see info above “from Plaça del Centre”.

There are many ways to get to Barcelona and due to its excellent comunication you can easily reach us from any access point to this wonderful city. It'll take you not longer than 30 minutes to get to any point of the city. The main train station is only a few minutes walk from our hostel. 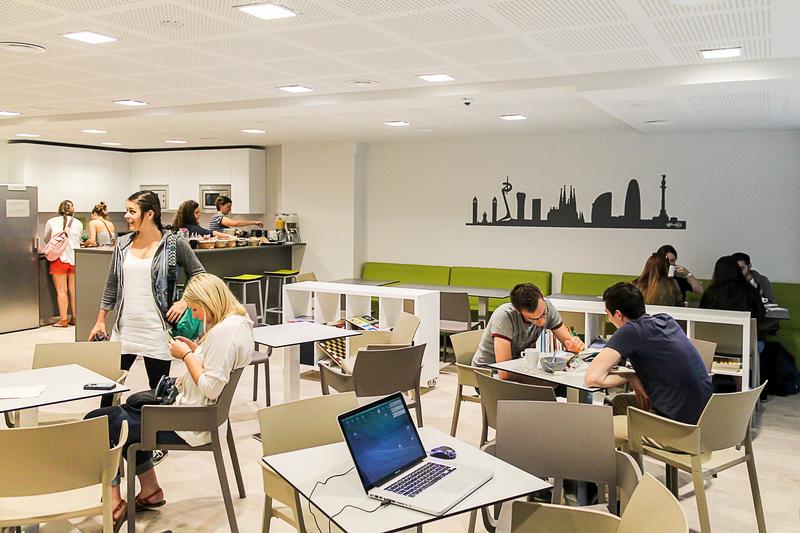 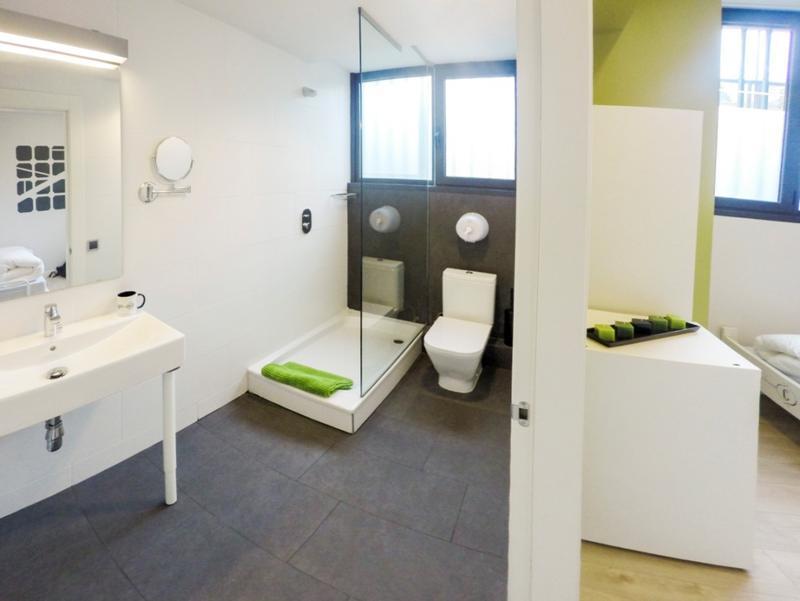 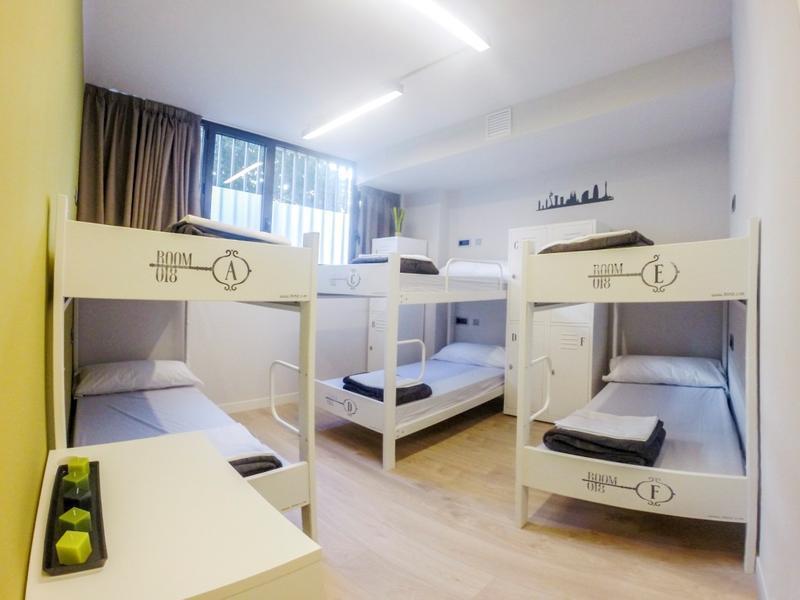 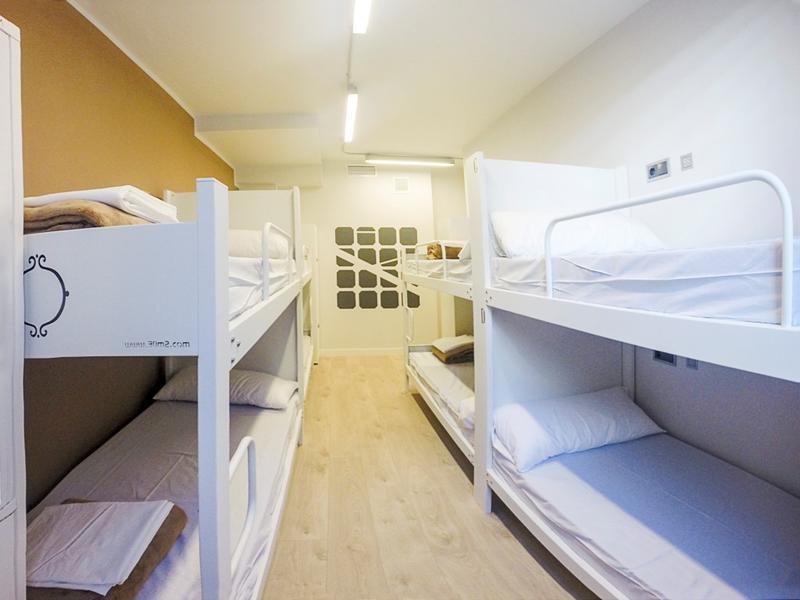 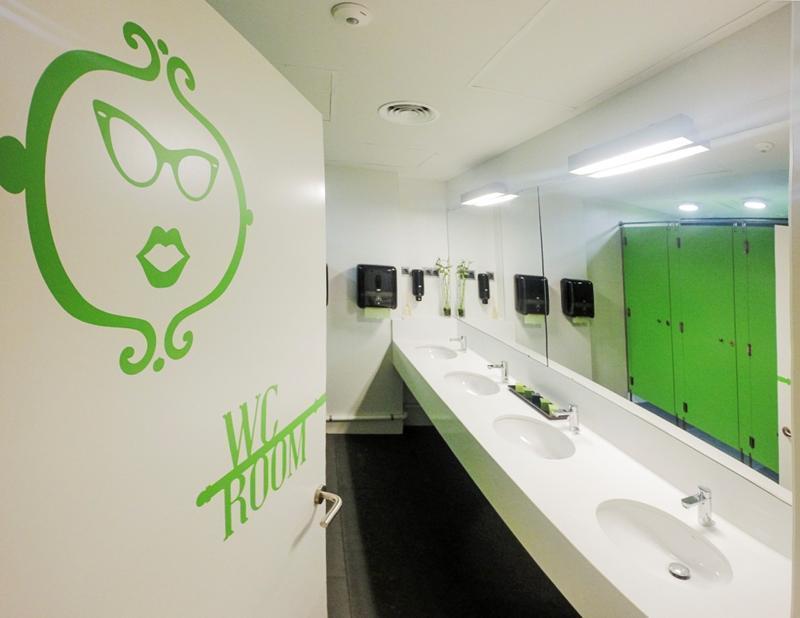 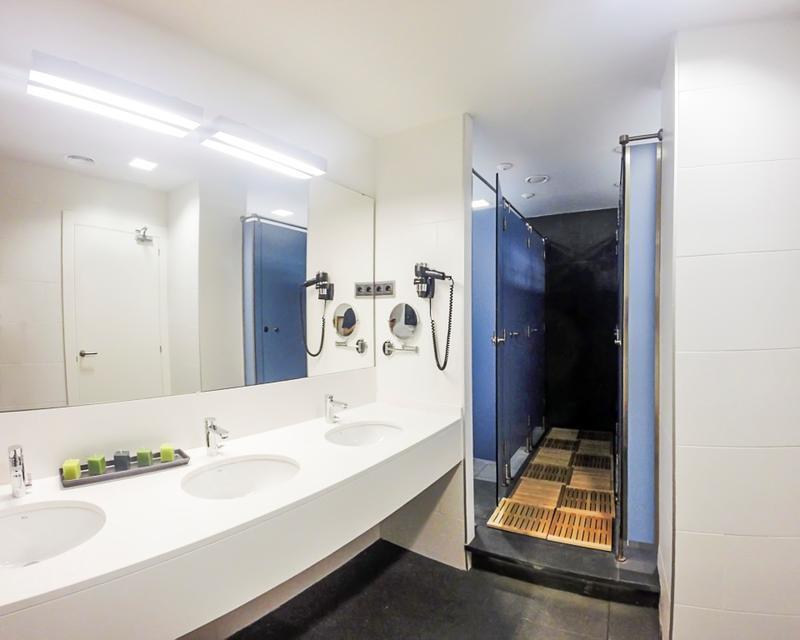 Please Note: Cancellation policy: 48h before arrival. In case of a late cancellation or No Show, you will be charged the first night of your stay. GROUPS OF MORE THAN 10 PAX: Only non refundable bookings. Check in after 14:00. Check out before 11:00 . Payment upon arrival by cash, credit cards, debit cards. City tax not included (0,72€ per person per night) Breakfast included. No curfew. Child friendly. Non smoking.