Berlin the capital cut in two 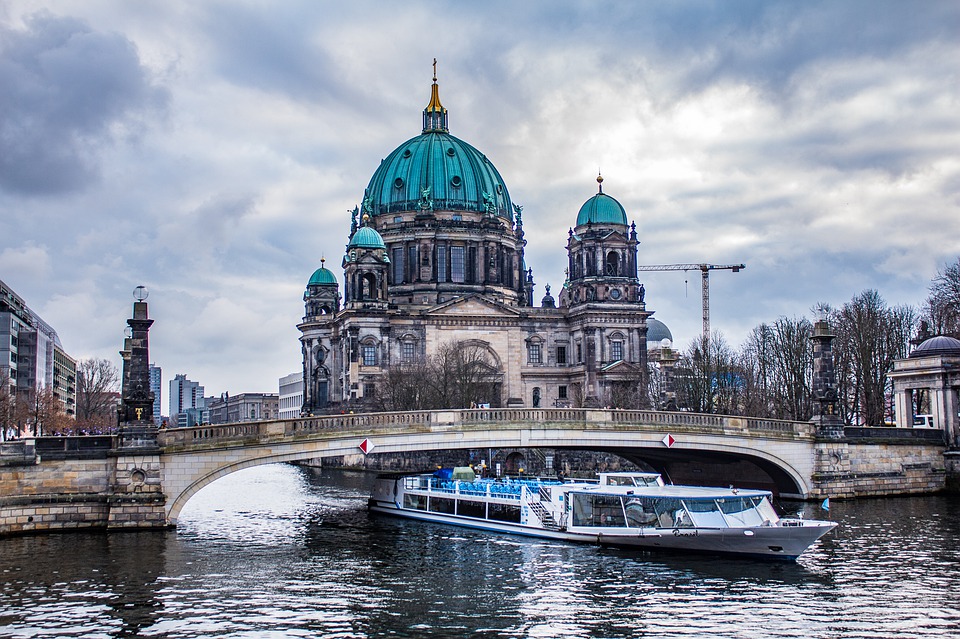 from infohostels.com © jiriposival0 pixabay
Berlin the capital cut in two

Cycling through Berlin is an experience not to be missed. Giant parks, canal paths, and beautiful architectures easy to be seen by bike because of the flat geography that makes your trip to Berlin more exciting.

It’s the Berlin most recognizable monument. Brandenburg Gate is obligatory, and it’s charged with real emotion and meaning. This ceremonial monument was erected at the turn of the 1790s at the behest of the Prussian King, on the site of one of Berlin’s former access to the city. At the top is the Quadriga, a chariot pulled by four horses, all supported by 12 Doric columns forming five passageways.

The first thing to know about the Reichstag is that you want to visit it inside you must now book at least three working days in advance by filling in an online format visite Bundestag, This Neo-Baroque building dates from 1894 and housed the Imperial Diet until it was set on fire and damaged in 1933. The ruins were merely maintained until after the Berlin Wall fell.
And as soon as it came down a restoration, the Reichstag went back to life as an emblem of a unified Germany. The restoration included a modern glass dome in which you can look down on the debating chamber and it gives to the building a new image of discontinuity with the troubled history since the building was built.

On the same river that passes near the Reichstag, the Spree, more east, there is A UNESCO World Heritage Site, the Museum Island, an ensemble of five world-beating museums. These are the Altes Museum, Alte National Galerie, Neues Museum, Bode-Museum, and the Pergamon Museum.
The museums were also an opportunity to show off the sophistication of the Prussian royal collections and the fruits of its 19th-century victories, rich of many items from Stone Age artifacts to beautiful impressionist painting.
The first institution to open was the Altes Museum in 1830, is one of several Neoclassical monuments around Berlin.

Running along the River Spree for 1.3km from there is the largest remaining section of the Wall still standing, and it is decorated with 101 paintings by international artists. The Brezhnev and Hönecker’s kiss painting is its most iconic and photographed image.

Once the flashpoint between East and West, the former Checkpoint Charlie border crossing offers actors pretending to be US and Soviet guards, and historical flags like how used to be in the past, but it also features a small museum.
The memorial encourages you to interact and reflect, and there’s also an underground gallery; a network of themed rooms with biographies, letters and personal effects of some of the victims of the Holocaust and of the Berlin division.

The largest square in Germany and an energetic transport hub, Alexanderplatz is one of the most dynamic and exciting corners of Berlin.

Close to Alexanderplatz, Fernsehturm Berlin is the tower that was constructed in the sixties by the government of the German Democratic Republic. It is easily visible all the districts of Berlin. With its height of 368 metres it is the tallest structure in Germany.