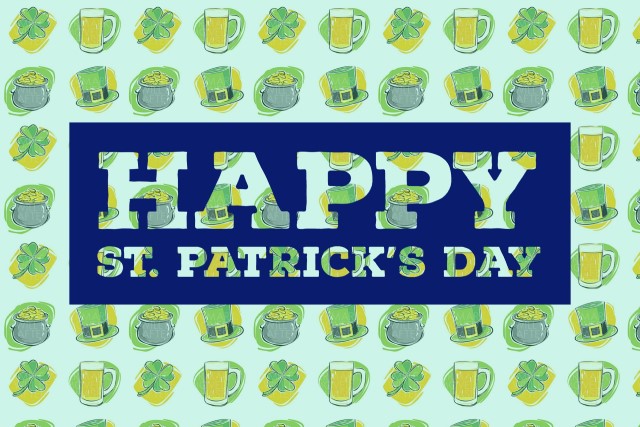 Saint Patrick’s day is a holiday that celebrates the Irish culture all around the world with parades, music, dance, and drinking. It’s celebrated the 17th of March, the day of the death of Saint Patrick, patron saint of Ireland.

The myth of Saint Patrick

The importance of Saint Patrick for Irish culture is related to his history: he was born in Roman Britain in the late 4th century, but at the age of 16 he was kidnapped and taken to Ireland as a slave. Ireland was still a pagan country at that time. He escaped but returned in 432 to convert the island to Christianity. By the time of his death on March 17, 461, he had established monasteries, churches, and schools.

The celebration of Saint Patrick’s Day as is known today began in New York City during the 1800s, when Irish emigrants were discriminated as a cultural minority in Protestant-majority America. The parades became an opportunity to give more visibility to the Irish community.

The largest and most famous parades in the United States take place in the cities of New York, Boston, and Chicago.

In addition to the traditional parades, the Chicago River is dyed green every year in this day.

In 2009 President Obama dyed the fountain in front of the White House green to celebrate Saint Patrick’s Day.

The tradition of this holiday became more and more famous worldwide during the years, and today the day of Saint Patrick is celebrated in a lot of countries including Japan, Canada, Norway, New Zealand, Great Britain, Italy, and Spain.

In Ireland the Day of Saint Patrick it’s been recognized as a national holiday in 1903. Celebrations are all over the country, but the major festival takes place in the capital of Dublin.

St. Patrick Festival in Dublin lasts 5 days, from the 14th to the 17th of March. Every day there are walks and talks, public parades and art exhibitions regarding the Irish culture everywhere around the city. If you want to take a look to the complete events list here is the official website: https://www.stpatricksfestival.ie/events